As the shelves and file cabinets at the Van Vleck Observatory attest, keeping accurate records has been crucial to the work astronomers, measurers, and computers have performed here over the past century. Faculty, staff, and students used logbooks to keep track of the stellar objects they observed, the photographic images they took of the sky, the measurements they made using those images, and the instruments they relied on to perform those measurements and calculations. These logbooks are a record of the process of making astronomical data, as well as the many different kinds of work that went into it. 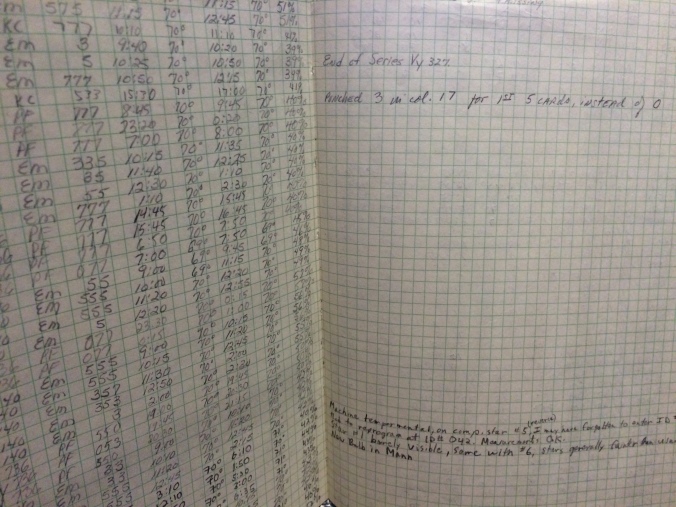 On the left, we can see the exact measurements, times, and information put into a single observation. Here, the observer does not make to many individual notes, but does state, however, that the machine, the Mann, is being temperamental. Astronomy Department collections, Van Vleck Observatory. Photo by the author.

In the margins, the logbooks also tell a story of ongoing maintenance and repair that underscores that labor. Many observers and measurers commented on issues with the instruments they were using: a stiff wind that shook the tube of the telescope, resulting in a blurry image; chronometers that were not keeping accurate time; malfunctioning electronics and equipment that stymied their attempts to record accurate data. These problems functioned as maintenance requests as well as repair logs, as observers informed one another about the problems they were having and the steps they took to address them. 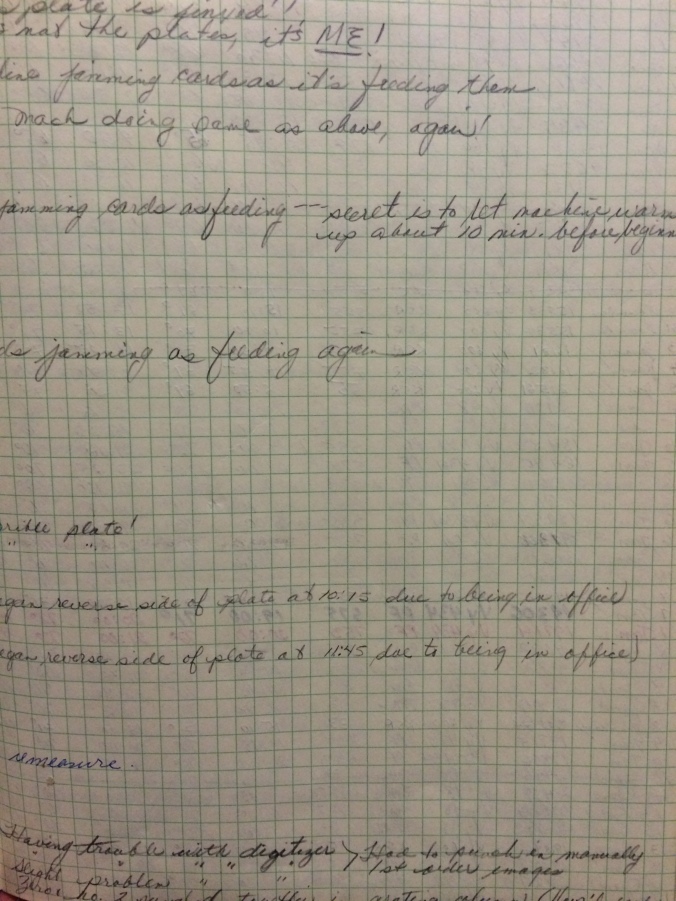 The observer blames himself for the inaccurate measurements obtained, but then states later on that the digitizer is not working. Astronomy Department collections, Van Vleck OBservatory. Photo by the author.

Observatory staff also used the logbooks to joke around about the travails of their often tedious work.  They documented the frustrating and the funny, the technical and the personal.  In the logbooks for the Mann comparator, which allowed staff to make highly accurate determinations of distance, some plate measurers complain about the key-punch device “mis-punching” the computer cards that recorded the data, asking their colleagues to “pray for them and their failing measurements.”  Between April 1972 and December 1980, the device was repaired almost daily. We can see how irritating this was for those tasked with doing the grunt work of astronomy in the comments they left for one another as they went about their tasks. 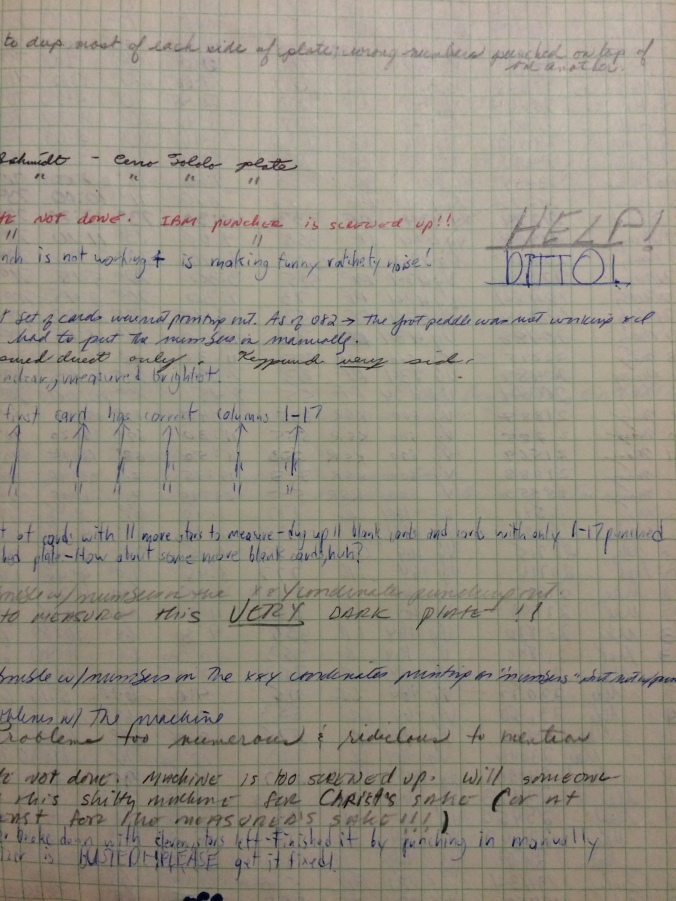 Observers informed one another about the problems they were having, and even asked for “HELP”; based of off the different scripts, we can deduce the problems that each observer encounters with the machinery. Astronomy Department collections, Van Vleck Observatory. Photo by the author.